How to Prevent Agglomeration during Mixing 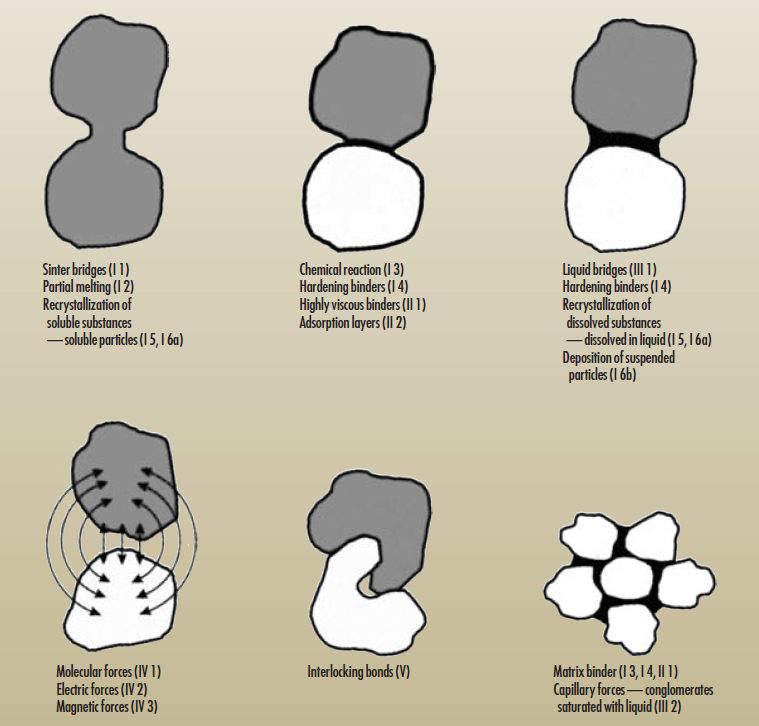 When mixing dry or moist materials via ribbon blender, plough mixer or other mixing machine, the finest ingredients in the mixture can form unwanted agglomerates. Such agglomerates are held together by molecular forces (in which the molecules in one particle interact with the molecules in another, bonding them together), electrostatic forces (one of the electrical forces, in which particles contact each other, tools, or walls and create electrostatic forces, whereafter oppositely charged surfaces attract each other and form bonds), and capillary forces (in which liquid bridges develop between the particles and bond them together). To prevent or break up the agglomerates, select a mixer that can generate enough motion of the mixture’s bulk mass to produce shear or frictional stresses, or equip the mixer with special disintegration devices, such as knife heads and choppers, and apply these stresses to the agglomerates. Unwanted agglomeration can also occur when you stir solids into a liquid to produce a suspension or dispersion. If the solid particles have a strong agglomerating tendency, you can prevent agglomerates from forming by adding a dispersion agent, such as a detergent surfactant, to the mixture. Creating shear forces in the liquid will also destroy agglomerates, so another way to break up unwanted agglomerates is to select an agitator that can generate the highest possible shear gradient during mixing.